Noeleen and Natalie Takes to the Road for I Play Fair 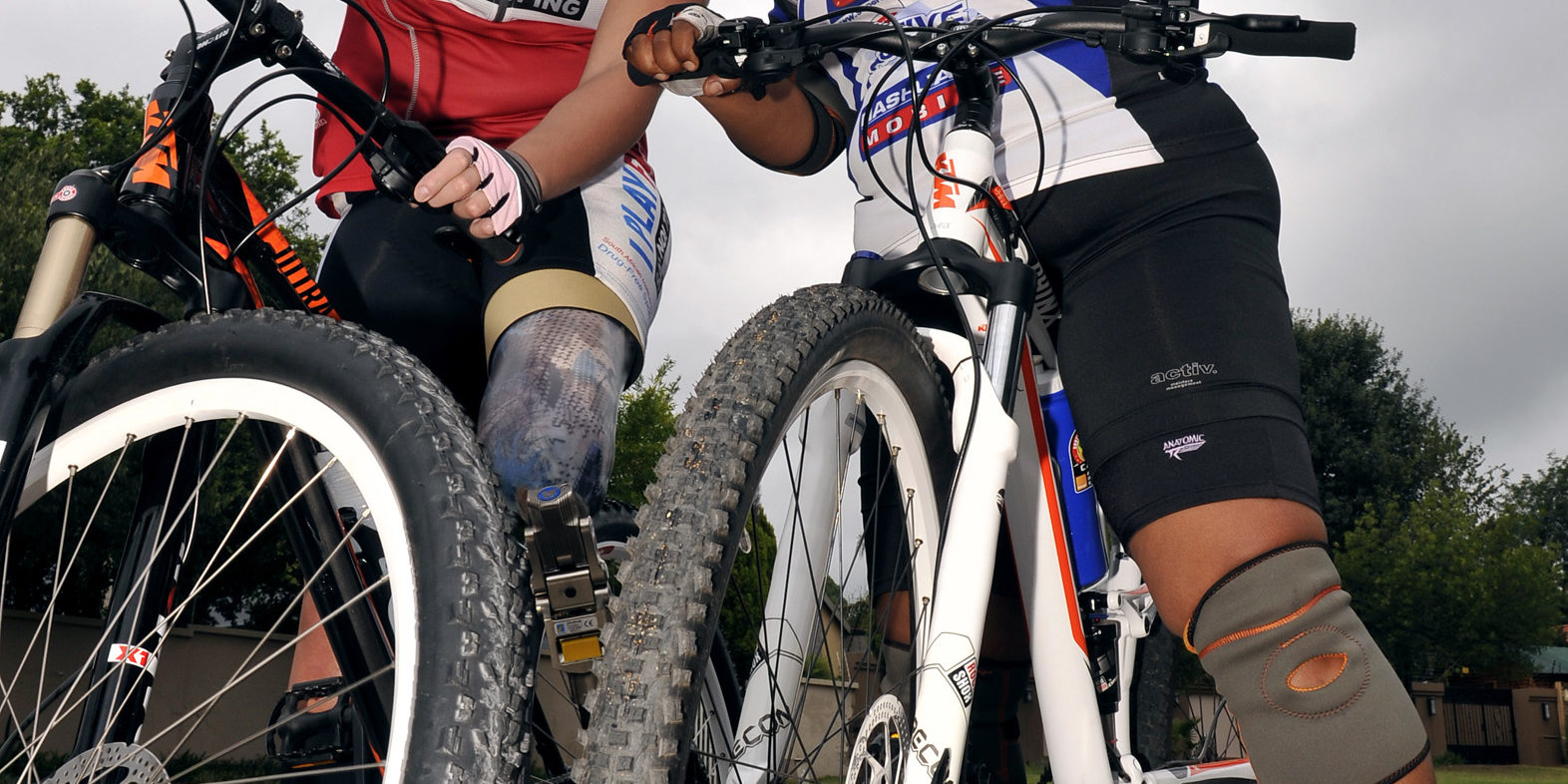 Noeleen and Natalie Take to the Road for I Play Fair

Johannesburg, 2nd March, 2013 – 3Talk show host, Noeleen Maholwana-Sangqu and swimming legend Natalie du Toit took to the road today on a cycling training ride in preparation for the 2013 Cape Argus Pick n Pay Cycle Tour taking place on Sunday, 10 March 2013. The celebrities will ride as part of the SA Institute for Drug-Free Sport’s ‘I Play Fair’ team of public figures and sports celebrities, to spread the message of drug-free sport.

Du toit and Maholwana-Sangqu Noeleen joined 200 cyclists on the 32 kilometre training ride organised by Super Cycling, on a route that left from Cycle Lab in Fourways, to Lanseria and back. 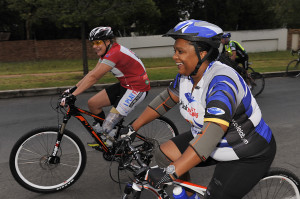 Maholwana-Sangqu who is one of South Africa’s most loved TV hosts got on a bike for the first time ever two weeks ago and says: “I am not going to lie – I am petrified,” she says. “I don’t want to think about the 109 kms that I have to complete. All I am going to think of during the race is concentrating on the next ten metres in front of me.”

She continues: “It’s for a good cause and by supporting the ‘I Play Fair’ team, I hope that my participation in the Cape Argus Cycle Tour is another way to help raise awareness against drug abuse in sport and to promote healthier living through exercise.”

Natalie du Toit, who earlier this year, was appointed to the executive board for the Institute is embarking on her second cycle challenge, having completed the Momentum 94.7 Cycle Challenge with the I Play Fair team in November 2012.

“I am feeling a little more confident this time round although I am nervous as the Cape Argus Cycle tour has far more up-hills such as Chapman’s Peak and Suikerbossie,” she says. “It will be challenging for me because I am an amputee therefore I cannot cycle by pushing and pulling but can only pull.”

Institute for Drug-Free Sport CEO, Khalid Galant says that the I Play Fair campaign has picked up much gravitas and recognition with the commitment and participation of celebrities such as Noeleen and Natalie.

“I am truly proud that they are riding for the I Play Fair team and through their commitment we want to communicate to sportsmen and women and the public, that there are no short-cuts to success,” he says.